President Johnson and House Minority Leader (and future president) Gerald R. "Jerry" Ford Jr. [R–Michigan] discussed highway funding. Johnson noted that it was "a governmental policy that I don't think is partisan," even though it had been criticized by a Republican House member. The President then asked that Ford reach out to him more often, as other Republican leaders often did. 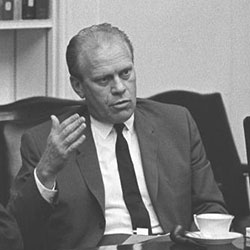 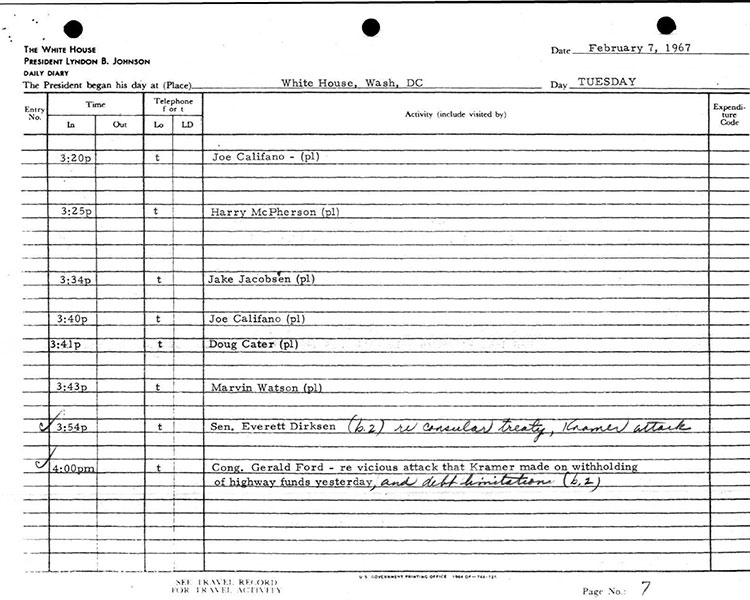