Skip to main content
“We Got a Fair Chance to Keep Up”
Photo credit: Cecil Stoughton

Before discussing civil rights concerns and presidential appointments with Sen. John L. McClellan [D–Arkansas], President Johnson reminisced about his early role with the National Aeronautics and Space Administration (NASA). Gemini 3 had launched that morning from Cape Canaveral, just days after Moscow’s launch of a manned space flight that had ascended to an earth orbit higher than any the Americans had yet reached. 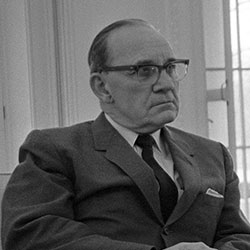 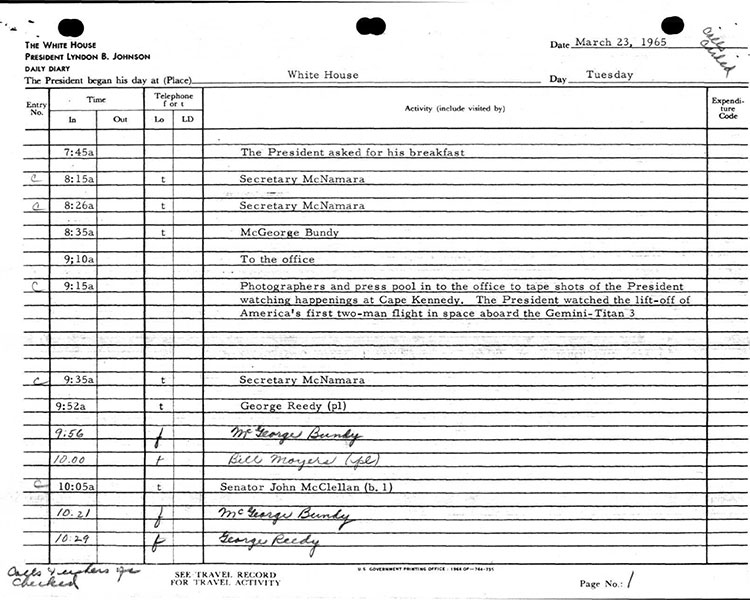