Skip to main content
“I Do Not Believe I Can”
Photo credit: Yoichi Okamoto

Two days before his anticipated acceptance of the Democratic Party’s presidential nomination, a dejected President Johnson delivered a bombshell to Lady Bird Johnson and several close advisers: he would withdraw from the race. This conversation with aide Walter W. Jenkins, one of several discussions that reflected Johnson’s state of mind that morning, outlined the President’s plans, which he ultimately abandoned. 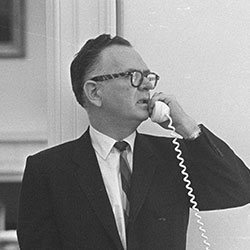 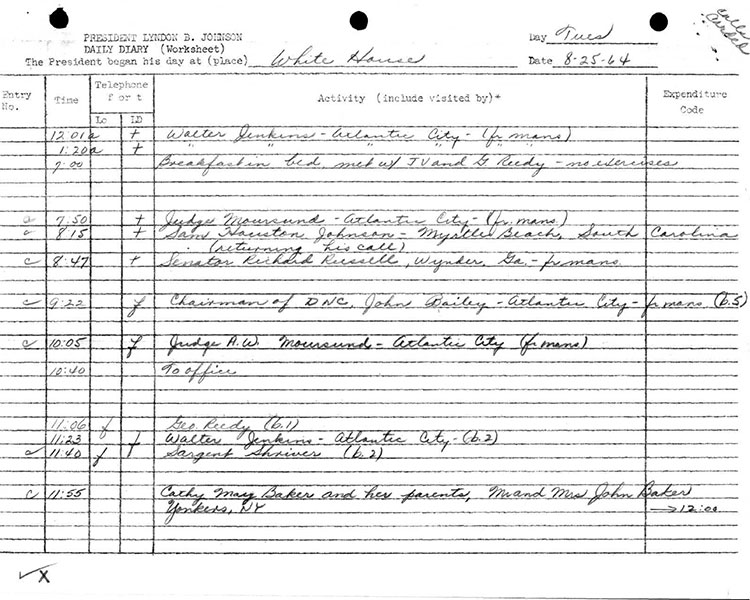