While speaking with Secretary of Defense Robert S. “Bob” McNamara about the controversial appointment of a new chief of police for the District of Columbia, President Johnson expressed outrage about the recent, separate robberies of both McNamara’s daughter and the daughter of a Republican senator. The high levels of crime in the District had been an issue that Republican nominee Barry M. Goldwater Sr. [R–Arizona] had tried to use against Johnson during the recent presidential campaign. The exchange captured the emerging salience of crime as an issue in American politics. 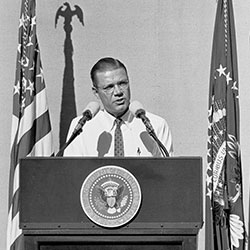 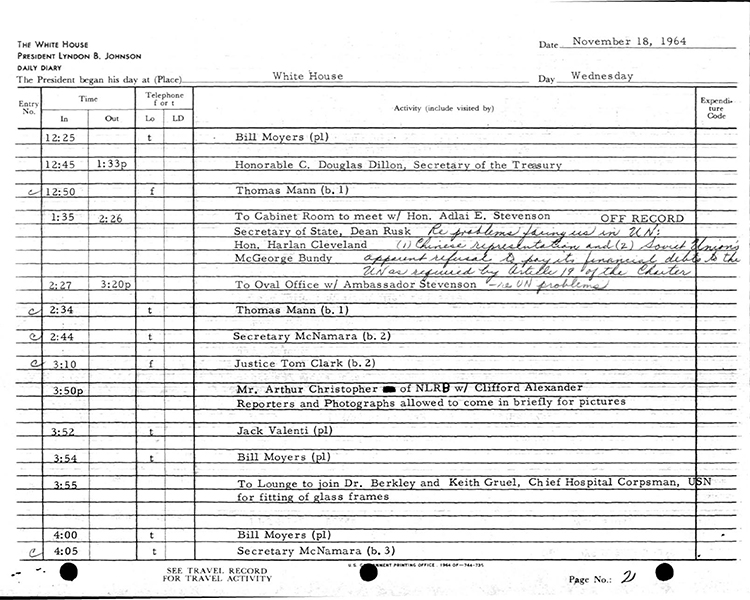