Former president Dwight D. Eisenhower expressed annoyance with rumors that he had threatened the use of atomic weapons during the Korean War and had advocated use of such weapons in Vietnam. He reiterated to President Johnson that in the current conflict “I never vary from my stand that this is your responsibility.” 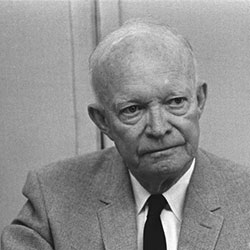 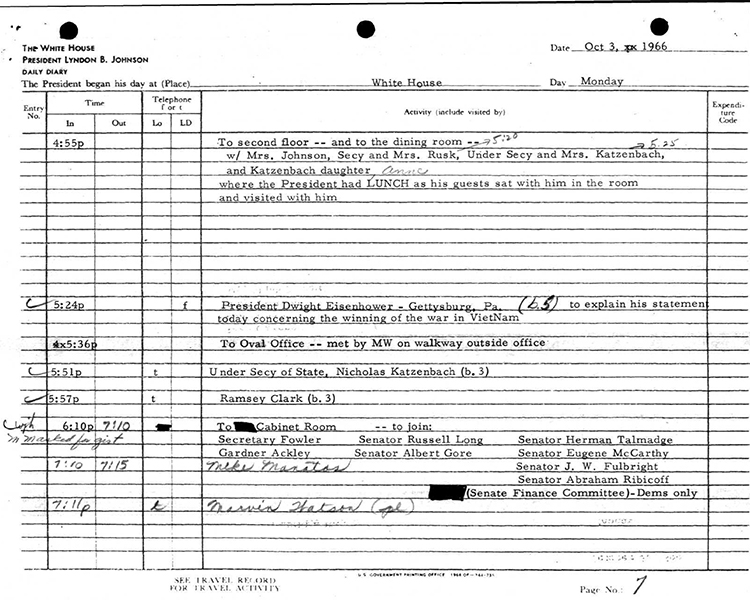